COVID-19 UPDATE :
Due to potential delays with the carriers, we cannot guarantee that deliveries will arrive on time. As per the new restrictions, click and collect is only available for essential businesses.

Please note: Socketed ends are not guaranteed on every length of metric pipe you purchase. 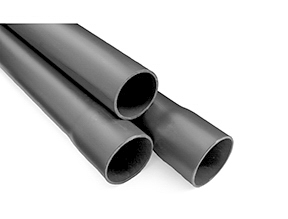 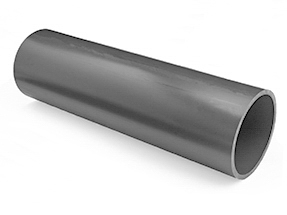 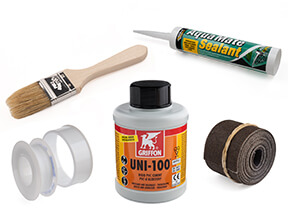 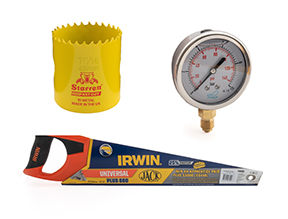 Most applications operate way below 10 bar pressure and so this is by far the most widely used. Industries such as water treatment, pool and leisure, aquaculture, industrial process/factory lines etc. operate with maximums of 3-5 bar pressure. It is often thought that just because a system has a pump it must be very high pressure; but, in truth, most pump systems operate at just a few bar pressure. 16 bar pipe is usually only used in very specific, high pressure, industrial applications such as jet wash lines, high head hydropower schemes etc.

Unlike its imperial (inch) cousin, the metric PVC pipe system is measured on and accords to the precise outside diameter of the pipe. Like most things metric, it is a more logical and easier to understand system. That is to say, a 50mm metric pipe will measure 50mm outside diameter, a 63mm will measure 63mm etc.

The table below gives details of metric pipe dimensions:

Metric PVC pipe has an operational range of between zero and sixty degrees centigrade (32 - 140 degrees F), although operation at zero centigrade is not recommended, especially where there is risk of impact or stresses to the pipe. PVC pipe becomes increasingly brittle at lower temperatures and more prone to damage from impact.

We supply our metric plastic pipe in 2 pressure ranges: 10 bar and 16 bar (147 and 235 psi respectively) . For most applications we would recommend our 10 bar pipe, as it is only in special pressure jet or other intense applications where pressures in systems exceed 10 bar (the equivalent of 100m of water head!). As plastic pipe changes properties (primarily ductility) as the temperature increases, so the pressure rating of the pipe also changes. The table below provides pressure derating multiples for each temperature and is used by multiplying the pressure rating of the pipe by the corresponding multiple in the table:

It is preferable to use plastic pipe clips to support your PVC pipe. Using plastic clips prevents any "chafing" of the pipe as it moves, either as a result of vibration from machinery or from expansion/contraction during temperature changes. Rubber lined pipe clips are preferred by many installers as they are more versatile; however, these should only be used in short pipe runs, as they grip the pipe very hard and can cause distortion during expansion and contraction. The table below gives the recommended spacing between pipe clips/supports. This should be increased by approximately 15% for every 10 degrees centigrade over 20 degrees.